Roses, known for their simple, elegant beauty and delightfully sweet scent, are a great, classic choice for those wanting to add some extra decoration and colour to their interior or outdoor decor.

Aside from their beauty, roses also have a relatively low environmental impact. This is because they do not require extensive watering - it is best to water roses infrequently, and those growing their own roses at home can even rely on rainfall to keep their roses hydrated.

There are so many types of roses that the choice can often be bewildering. But not all roses are created equal. In fact, some breeds are so special, they take almost a decade to create. Such is the case for the 900 varieties offered by David Austin Roses.

The history of David Austin roses

David Austin, creator of the renowned English Rose, was born in 1926 in Albrighton. During his childhood, Austin planted vegetables and flowers on his parents’ farm. His passion for roses was sparked in 1947 after receiving a book named ‘Old Garden Roses’ for his 21st birthday.

Eager to extract the strongest scent from his roses, Austin keenly began to create hybrid roses by combining roses with teas. Austin began breeding the English Rose in the early 1950’s and in 1969, he started his full-time business in the field. In 1983, Austin introduced three English Rose varieties which caught the press’s attention and brought him such great acclaim that his business had transformed forever.

Although the English Rose has since become synonymous with the David Austin Rose, Austin once stated: “We prefer to call them English roses, not for any nationalistic reason, but because it seems to us that England, more than any country, is associated with gardens - and more particularly with the rose itself.”

In 2003, the Royal Horticultural Society awarded Austin with the Victoria Medal of Honour and in 2007 he was appointed an OBE for horticulture. He has been awarded 24 gold medals at the Chelsea Flower Show in London, due to his roses. David Austin died on 18 December 2018, aged 92. At the time of his death, his company, David Austin Roses, had over 200 employees worldwide who referred to him as ‘Mr A’. David Austin Roses is based in Austin’s birthplace, Albrighton, and sells English roses in 30 countries through mail order and retail, to both the average consumer and to florists. 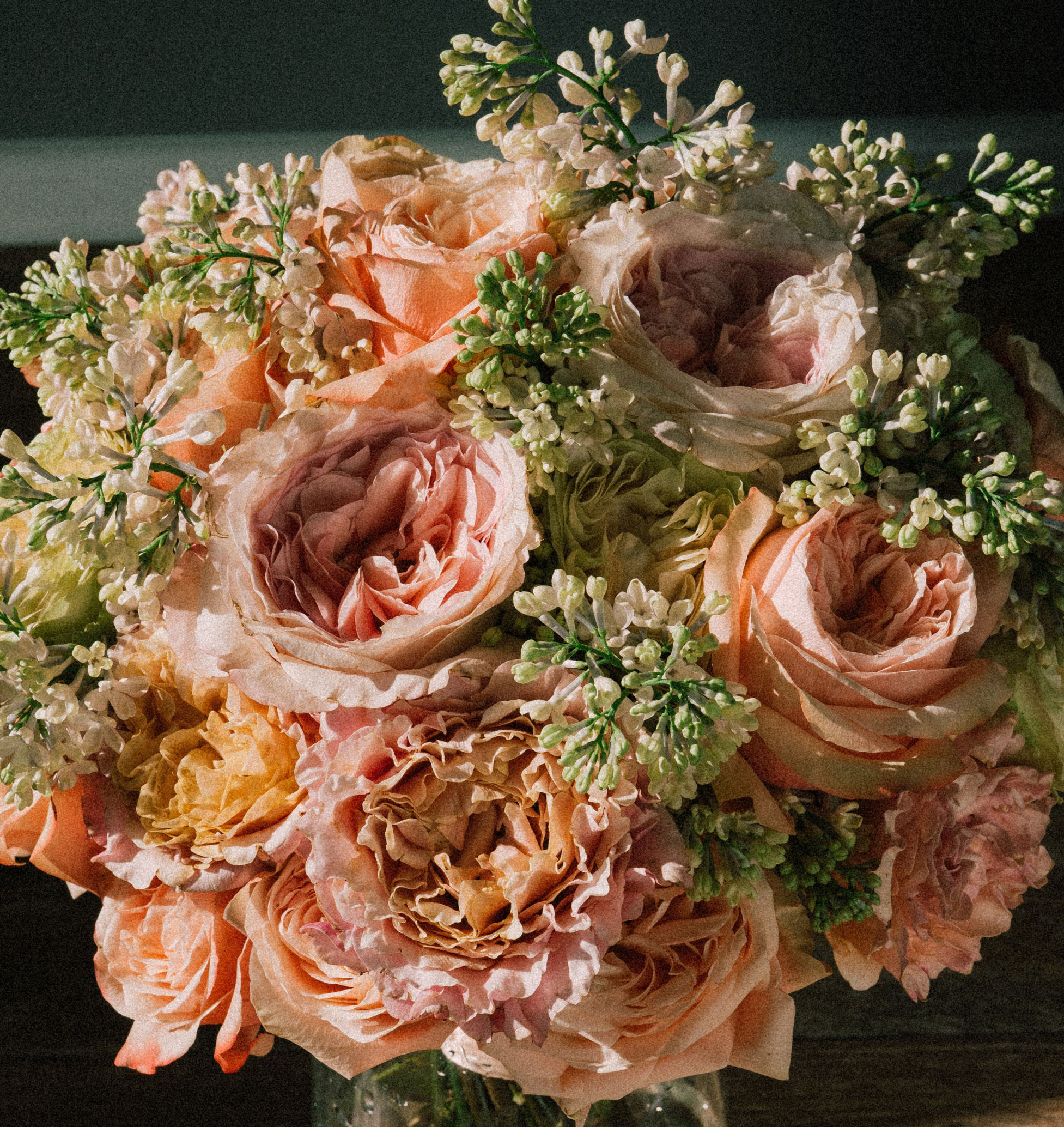 What is the difference between a Garden Rose and a Modern Rose?

Garden Roses, often referred to as ‘antique’ or ‘historic roses’ have existed since before 1867. Garden roses only bloom once a year, such as damask roses and centifolia roses, which only bloom in the spring. However, an advantage of Garden Roses is that they have evolved to withstand disease and therefore last a while. Another notable trait of garden roses is their strong, sweet scent.

Roses are loved for their variety in size, colour and scent. Today, around 300 species of roses exist and there are 30,000 rose varieties in the world. Rose lovers are absolutely spoilt for choice! To help you narrow your options, we have carefully selected six different types of garden roses for you to consider buying, or even growing yourself, detailing the unique advantage that each rose has to offer.

These are one of the most popular types of roses. They were first created by combining a robust hybrid with more tender tea roses to create a rose with a large flower, standing alone on a straight long stem. Most of these flowers have a beautiful scent and are available in nearly every colour, apart from blue.

These are also referred to as ‘rambling’ roses. They are sturdy and upright and can grow up to 15 feet tall. These are not technically a ‘type’ of rose as you can find Grandiflora or Floribunda climbing roses. Tip: climbing roses produce more flowers when grown horizontally, rather than vertically like a lot of other types of roses. Climbing Roses are often fragrant and look fabulous along a trellis.

These roses grow in large clusters of flowers. They are easy to care for and bloom continuously. They are often considered a subcategory of Hybrid Tea Roses, alongside Grandiflora Roses.

These are an old type of rose and grow seasonally. Summer Damasks bloom large and have white or pink flowers - these bloom once a year. However, there are also Autumn Damasks which are smaller and have white, pink or purple flowers. Fact about Damask roses: they are often grown commercially for rose oil and rose water producers due to their delightful fragrance.

These are probably the oldest type of garden rose. They are short and relatively large, with a uniquely ruffled look. The most common colours you will find Gallica roses appearing in are pink, purple or red. Like the Damask Rose, these blooms boast a strong scent.

Find the right roses for you

Whether you are looking for a romantic gesture, a birthday gift, or even a gift to yourself, we have an array of rose bouquets to choose from.

Check out our rose collection!